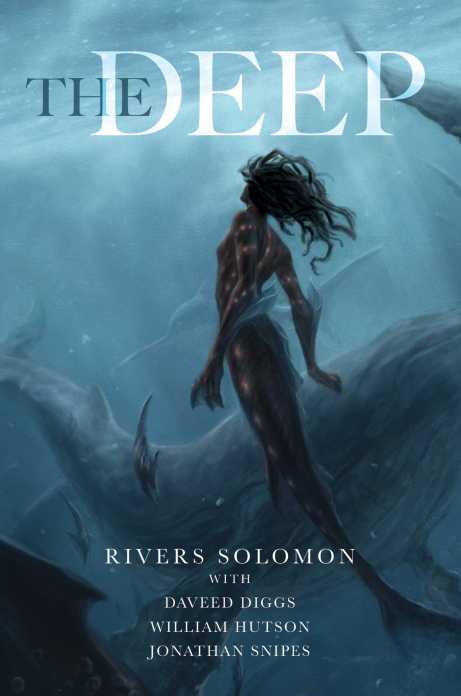 This was my first finished read of 2020, which seems oddly approriate for a myriad of reasons. THE DEEP by Rivers Solomon (with Daveed Diggs, William Hutson & Jonathan Snipes of clipping), is a quietly intimate, fantastical dive into the ocean of memory and generational wounds.

We begin with Yetu, who holds the memories of her people as the historian. Her people are the descendants of pregnant African slave women who were thrown overboard, who have now become a water-dwelling civilization all their own.

Yetu’s burden is remembering for everyone who has ever lived in their underwater world and all of the pains and joys that it brings her. It has become too much for her, it is destroying her from the inside out, so she flees to the surface. It is there that she may discover the world that was left behind by her people so long ago and the necessary means for them to reclaim what is rightfully theirs.

This is a hard book to consider, especially as one who is both so removed, but not from such a story. Yetu’s struggle of being confronted by her fraught history and unable to do anything about it is one that encompasses so much of our cultural pains. And it is even worse for Yetu, who did not have a single hand in those atrocities and that guilt and burden weighed on me with every turn of the page.

The book is lavishly emotional, though at the price of sacrificing some of the story’s sustenance. Yetu’s decision seems to come too quickly and upon coming to land, it grinds to a halt with only a handful of pages of meaningful progression. Yet, THE DEEP is not a book to be quickly or lightly. It even begs for a re-read, since the ending pushes you towards going back, looking for details, symbols, and yes memories.

This book is a twofold punch to the gut. It contains the heartbreaking story that is told by the song from clipping, but Solomon is able to both soften, but also sharpen the impact of these poor women drowning. And while the book is so often threatened to be drowned out by overwhelming past sorrow, it ends with hope, with life. And that is something that I want to carry into 2020, the hope of new beginnings and a new start, despite dark times or even lost time.

One thought on “Review: The Deep”