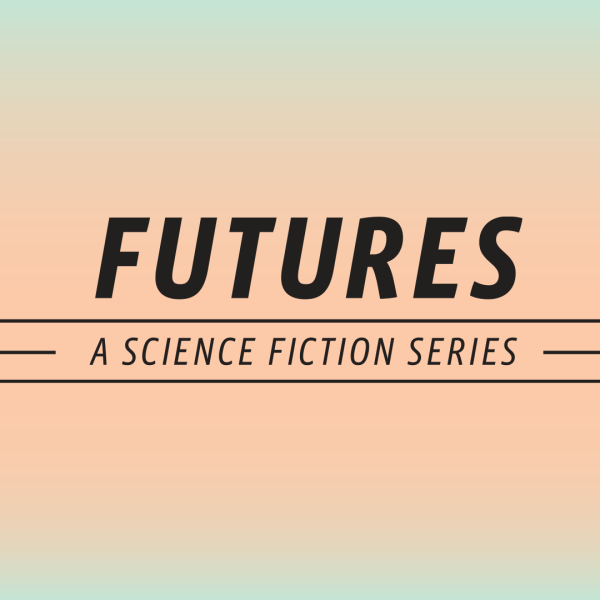 So, I haven’t really spoken about my forthcoming short story chapbook that is being released by Radix Media yet(announcement link is here), so I think I will finally talk about it in full.

First, the quick and dirty on the FUTURES series:

The Futures series explores critical contemporary issues in an imagined future. You’ll find stories about climate change, dystopian politics, animal uprisings, interpersonal relationships, reinvention of the self, and more. The series is comprised of seven stories that will be released as their own stories between April and October.

Through this format, the reader is more immersed in the stories themselves. We believe that good science fiction reflects the dreams and nightmares of the present day. By exploring the issues contained in these stories, we hope that the reader gains a better understanding of our world today so that they can build the future they want to see.

Milo seeks either a release or a cure for his chronic illness. Little does he realize that when his friend offers him rebirth and freedom, it may actually entrap instead.

And if that doesn’t intrigue you…here are the other titles and authors who are being published in this series.

A Point of Honor by Aeryn Rudel (September 2019)

You won’t be able to pre-order my book until around October (when it releases sometime that month), but you can subscribe to the series and have a unique, science fiction story delivered to your door for the next seven months!

Always Blue is a work of literary science fiction that explores how our day-to-day struggles and inconveniences—irritating colleagues, entitled students, aloof administrators, uninspired lunch choices—can make it impossible to see the real threats to our world.

Anyway, I’m very excited about this series and even more excited about my own release in October, mostly because it’ll be the first time my name has been in print in professional publication.

Radix Media have been awesome and fun to work with thus far. (Check them out too, they are a 100% union worker-owned and support their local community in Brooklyn, New York).

Note: I will be returning to this post and update as each story is published with links to the excerpts.

The citizens of Sawtelle live a meager existence, finding joy where they can in an authoritarian world where nearly everything is illegal. Guava Summer follows one private detective who has always managed to stay out of trouble, despite the ever-watching Supreme Leader. When Sebastian Black, a corrupt mobster-turned-politician and former client emerges as the leading presidential candidate, the detective prepares for another sham election. But with the summer heat comes the unexpected.

In this reimagining of Herman Melville’s Benito Cereno, the polar bear population has dwindled, and the remaining pods have been relocated to the coast of Antarctica in an attempt to save them using a process called “assisted colonization.” The last pod of Baffin Bay bears has boarded the Precession icebreaker, captained by a man who is keenly aware that the previous crews on this run have gone mad.

Ellery Lang, whose mother Valerie has abruptly left their home after several days of spouting increasingly strange conspiracy theories. In a near future world where citizens are always watched and where “personalization” is part of every day life, Valerie has managed to stay in an era long gone. This makes her a mystery to Ellery, who realizes how little she actually knows about her, and the search for her stirs up painful childhood memories that Ellery can now choose to erase.

In the year 2061, the government launches an initiative to create support units for the sick and the vulnerable. They say it’s to care for those in need, to show compassion. But without warning, the program is discontinued, and the support units are dismantled, weaponized, and shipped to other worlds for reasons only the government knows. This recall forces the caregiving robots to run for the hills in an act of self-preservation.

The narrator makes their escape, but as they wander through the woods in search of their companion, they begin to wonder what kind of life they will make for themselves now that they are separated from the person they are programmed to care for.

The United States has instituted archaic dueling codes overseen by a government agency called the Bureau of Honorable Affairs. Victims of slander and libel, among other crimes, can force their tormentors to face them in state-sanctioned combat. Jacob Mayweather is challenged to a duel by a man he has never met. The accusation is for a considerable crime, and Jacob must choose whether he will fight or be blacklisted as a duel dodgers.

One thought on “FUTURES: A Science Fiction Series (Updated 5.0)”