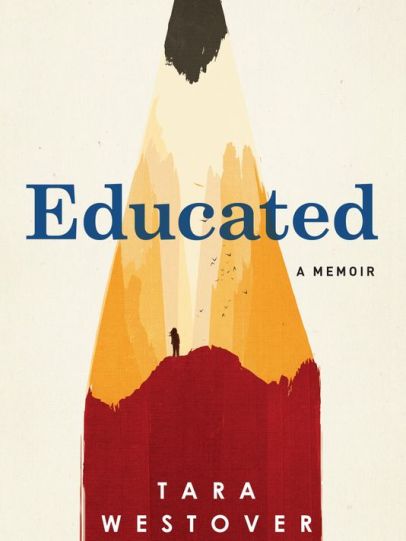 This book was something, truly something. And as thought-provoking as everyone who had told me about it had said. Educated by Tara Westover, is a shockingly vulnerable memoir of a woman, who takes what could be described as “beyond unorthodox” path to university. Meanwhile, she carries an incredible weight of psychological and physical abuse on her shoulders. It’s a memoir immersed in family, perception, and education.

Westover’s family live on a literal mountain out in Idaho. They are mile outside of their small, one gas station town. She doesn’t go to school. In fact, they don’t even really home school after she turns ten. After suffering brutal physical abuse from one of her older brothers and continued gas lighting and other psychological abuse from the rest of her family, she gets out. Her trauma eventually catches up with her and the pull of her family is strong, but her drive to learn proves to be stronger at points. The mountain does call to her and does succeed in pulling her back, only to force her out again.

**Disclaimer** If you are triggered by vivid depictions of abuse (physical/emotional/psychological), this may *not* the book for you.

I listened to this as an audio book, narrated by Julia Whelan, who may be one of my new favorite narrators now. And listening to this story was a visceral, heart-wrenching experience. The depictions written by Westover are blunt and seem to be trying to depict the abuse as clearly as possibly, otherwise they could be corrupted by bitterness or sentiment. It would seem that this book is part of her working through her truma and gave me a real encounter with what this looks like.

The intimacy that Westover puts into this work is astounding. And it is one of the reasons why I believe this book is part of her process to heal, although I don’t want to assume much more beyond that. She invites us to read her journals with her and go on a journey of realization and self-revelation as she uncovers not only the woman that was underneath, but the possibilities once denied to her.

Being raised in a fundamentalist, conspiracy driven household seems exhausting and there were plenty of times I listened to a chapter and was utterly flabbergasted at her family’s beliefs and rituals. That is part of the experience though, because Westover knows this isn’t how it’s supposed to be and is working through this tension.

This book also struck a cord with me in “found” families and going away to school in order to escape your home. I did not endure anything so personally traumatic as Westover, but we all carry our own scars right? And with all of that coming together and how much education seemed to peel off the scales and give Westover new life, I too found a new haven at university and a new sense of self.

Maybe I don’t have to say this, but this book made it into my top five favorite books of the year so far and anyone looking for a powerful memoir cannot go wrong with giving this one a read.

One thought on “Review: Educated”