And as promised here is Part 2 to this series with my reviews of the CONCRETE stories by Richard Galbraith. The theme that is centered around these narratives is brutalist architecture but with the aid of the artist, Jon Ojibway aka Ozhichige, the stories embody some of the conceptual existentialism that Galbraith works into his fiction.

I’m a huge fan of these stories, because they show a different sort of range and tone that is entirely at the other end of the spectrum from the NEON series. These stories are softer spoken, philosophical almost in their considerations, as they quietly peel back the veil of humanity and attempt to grasp at something more.

Be sure to check out Part 1 if you missed it along with the short intro I wrote to frame these posts.

And don’t forget to check out more of Galbraith’s stuff.

And here is CONCRETE: 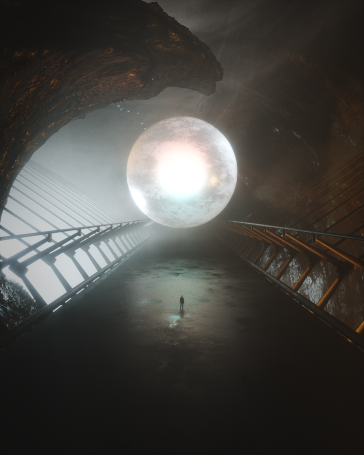 CONCRETE has in store for readers. It’s quiet and much more personal, delving into relationships with more concise clarity than what the previous series attempted. Here we have two brothers, Harlow and Ishmael, one living, the latter other dead. Harlow deals with feelings of inadequacy of taking his brother’s place and being thrust into a role, he is unsure of how to manage. It is this wrestling within Harlow that provides most of the conflict for this story and brings the reader into a satisfying conclusion by the story climax.

SHOCK – This story is one of my favorites of both series, purely based on all the concepts that Galbraith is choosing to wrestle with. Alice, a coder, has been tasked with the Hephaestus Project, which involves created a massive AI to design a Dyson sphere. The real struggle occurs once the AI comes to life as they are in orbit, but not in the way you think. The subversion of some tropes, namely what happens later on in the story is a refreshing change to what could have been a trope. And I have said little on Alice’s own personal struggle with fear and her wish to be alone, but that is also teased and tapped into throughout the piece.

Overall, what I like best about this story is the vistas and parallel between the subplot of Alice and the main plot of the AI ship. Although, those two plots are interchangeable. Galbraith never disappoints when he opens up with a passage like this: 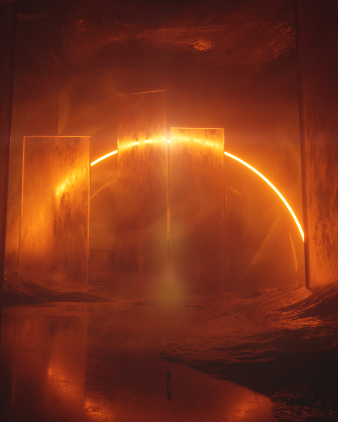 I’m the only one left now. Floating out here in the vastness of space, inside our gigantic concrete Ziggurat. I’m stood at this huge portal window, looking down on the earth, the lights shining so brightly. Twenty billion people all going about their lives. From the powerful with all their grand plans and ideas, through to the ordinary and their daily routine, and even the downtrodden and the struggle of their reality. 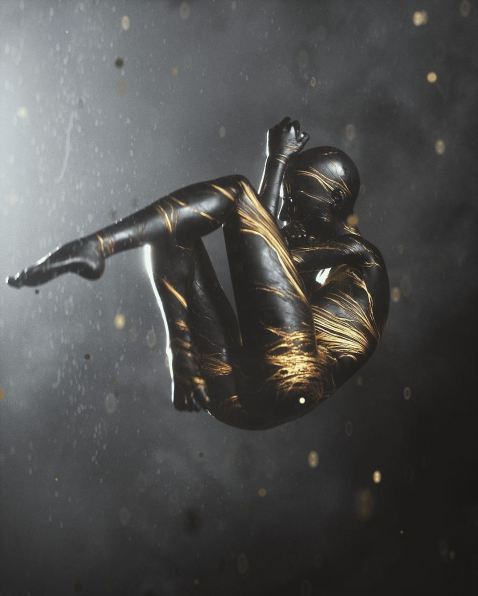 This is her end, consumed and dead, this corpse that links the Hunter and I. The gold streaks of all her knowledge running through her, a black and marblelike simulacrum, as she falls for all eternity. A vision of lost hope, for myself, for the universe, for everything and everyone that we were trying to bring to the light. She was hope in a hopeless place, and now we are left, all of us, to face the darkness alone.

50,000 Tons of Black Terror – A classic story of war torn colonization, where humanity becomes outmatched by the natives who reside on the planet. Following Saint, a robot made to protect and carry the torch of humanity through the galaxy, humanity is locked in a stalemate and it seems there will be no victor. The twists in this story are fun, and again Galbraith is grappling with what it means not only to be human, but how one can feel driven to do something unspeakable. Goodwill imperatives aside, Saint’s quest to carry the torch becomes a disquieting, cautionary tale by the end.