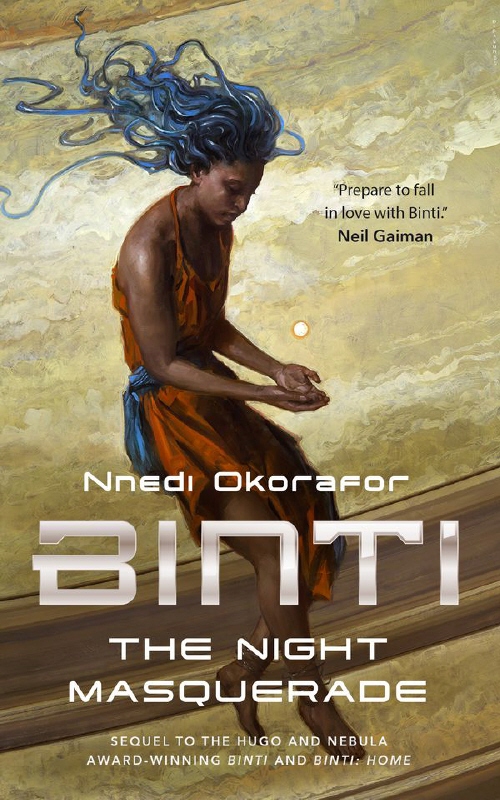 This review has been waiting for a long time, but it has been so long since I have read such a satisfying trilogy of stories.

Binti rushes home when her village is attacked by Koush soldiers and it will be up to her to broker a peace between them and the Meduse. Her efforts may help her Himba people survive or they will become lost in the crossfire.

And its finally done. Its hard saying goodbye to Binti and the world that Nnedi Okorafor has created, but at the same time…this little series of novellas has been such a boon to me over the past year and a half that I have read them. This one especially took some crazy turns that I was not prepared for, but the plot is crafted so well with every detail mattering but also seamlessly part of the story. This was truly a satisfying and complete arc of a story, one that I hope will become a classic in years to come as a true example of afro-futuristic science fiction.

I don’t want to say too much more without spoiling the series, but all I can say is that this is one of the few books I give 5 stars too. Do yourself a favor and check this series out. I’m going to have to hunt for the rest of Okorafor’s work.

One thought on “Review: The Night Masquerade (Binti #3)”