Okay, so as promised I have each of the finalists for the Short Fiction category blow. I’ve assigned them ratings (based off a five-star scale) and with short summaries and reviews from yours truly. I’ve also linked them so that you can read them for yourselves at your leisure.

“Carnival Nine” by Caroline M. Yoachim 5 out of 5 stars

An excellent fable-like story with awesome symbolism and theme with tight prose. Yoachim has written a fun story that ends up sticking in your mind much longer after finishing the story.

Centered on people who are “wound up” and given a certain number of turns each day, we follow the protagonist through her life as she decides what to do with the turns given to her each day. This might mean she takes care of her father for a time, but it may also mean she chooses what’s best for herself and the eventual family she raises. An overall great meditation on life, loss, the choices we make, and family.

(Also, this is my “vote” for the Short Story Hugo.)

Well written, but doesn’t blow my hair back. I could not get into Wilde’s story. There’s clearly some symbolism and allegory going on, but overall the story fell flat and nothing came together by the end. Given, the plot was really just a museum tour of a more horror variety and reminded me somewhat of Black Mirror’s “Black Museum” episode. Maybe I missed something and if another reader is able to unpack this for me, I’ll appreciate it more somewhat.

Nothing too much to this story other than an AI-driven robot that discovers fanfiction and begins to take part of the online subculture. All told from the robot’s point of view, with small asides from people from within the fandom posting online, it unpacks the unfolding exploration of fanfic culture surrounding an anime TV show. Amusing and cleverly written, but without any real emotional impact by the end.

“The Martian Obelisk” by Linda Nagata 4 out of 5 stars

Nagata has managed to create a story that is filled with regret, humanities failures, and an overwhelming sense of hopefulness. Despite the story opening on an Earth that may soon eat up the last vestiges of humanity’s civilization via climate change and viral epidemics. We find an old architect tasked with creating a final monument (or tombstone depending on who you ask) on Mars, that could last for thousands of years.

What we are not prepared for is what our architect begins to find on Mars and how this peels back the hardened regret and conviction she has, because in the end, she has hope. This story is really a breath of fresh air among all the regular doom and gloom dystopias that have currently occupied the shelves. If you haven’t shed at least one tear by the end, you might be an android.

Aplla is a simple farmer taking over from his grandmother, but he also inherited her magical sword that contains three legendary warriors within. Upon unsheathing the sword he finds himself face to face with them and has to bear their disappointment at his lack of interest and his responsibility and desire to merely cultivate the land. Overall, cute story that avoids the usual tropes and goes in another direction. A welcome twist to a tried and true concept.

Rebecca Roanhorse is a writer to watch out for in the coming years. Her story here is powerful and while it contains a powerful social message, it does not overpower the plot. Instead, it kind of flows under the surface, breaking through now and then to point out the fallacies in our culture and inherent hollowness of seeking out “authentic” experiences.

Jesse is a “guide” in a virtual reality experience in Arizona that gives tourists a “real” meeting with a spiritual guide who affirms them as individuals but also gives them an Indian name to take back with them. He prides himself on being one of the better guides, despite his wife’s misgivings of exploiting his heritage. They need the money and he needs it to feel validated in some way since no one else will. It all changes when one tourist wanders into his services, seeking for a true authenticity…

A rather startling, but enthralling story that seems to fray toward the end, but all comes together in the last line. Truly a chilling read and one that needs some reflection, especially on the plight of Native Americans. 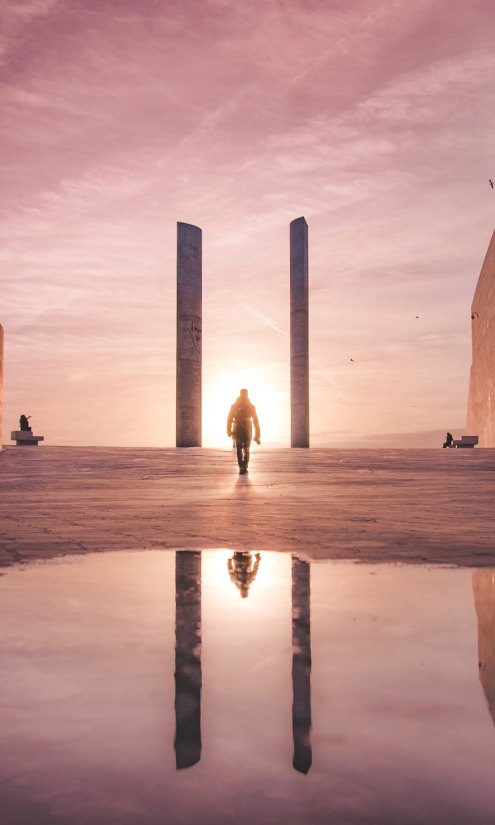