I found out about this book via the movie of the same name, which I’m sure is driving a lot of new readers here.

If this movie is anything like the book(which I’m sure it will be based on the trailers), I know I’m going to love it as much as I did the book. I’m a sucker for these gritty noir thrillers and Jonathan Ames’ work is no exception.

Joe, a vet, and an ex-FBI agent turned hitman is hired to rescue a politicians daughter from a brothel in NYC. Things end up taking a turn for the worst, leaving Joe with his hammer to bash his way out. I couldn’t believe it when I got to the end, all I wanted was more.

The style that I enjoyed the most from Ames is how concise and brisk it reads. This book is more of a novella than a full-fledged novel, and it only seems even shorter by how easy his prose reads. The brutal moments in the book are brought into sharp relief against the normalcy of everyday life, even if we are following a man who suffers from PTSD and other various trauma from his past.

The real thing that I liked the most about this was that Joe was a character that, despite his flaws and almost callous nature, is that Ames was sure to still incorporate how someone with such trauma could feel in those situations. His struggle with loss bothers him, despite his awareness that all things end at some point. It makes for a great story and I hope this isn’t the last I’ve seen of Joe.

Below I’ve shared the link to the movie as well. Seems like they are going to embellish the story a bit, which makes sense, given the brevity of the source material. Based on its reception at Cannes, I doubt it’ll disappoint. At least, that is my hope. 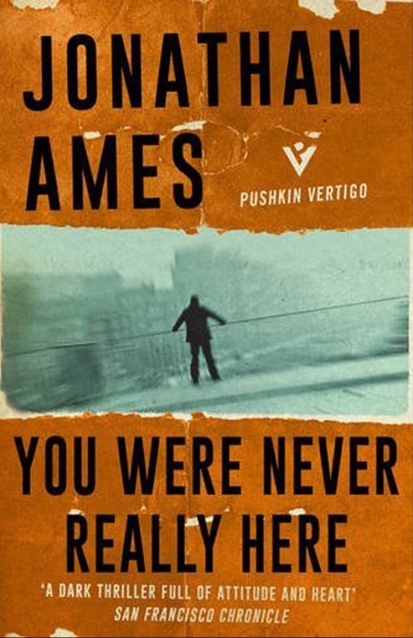