People who deny the existence of dragons are often eaten by dragons. From within.

I’m sure that by the time you read this you’ll have heard the news that Ursula K. Le Guin has passed at age 88 in her home. May she rest among the worlds of her making.

I didn’t want to make it a habit of commenting on current events on my blog, but such a notable death and of an author and writer who shaped my writing and view of literature from such a young age. I first picked up THE WIZARD OF EARTHSEA when I was about eleven or twelve. Some of it was a little over my head, but I enjoyed it nonetheless. I devoured the rest of the rest of the series, but THE TOMBS OF ATUAN is what stayed with me all these years. The images of Ged, the great wizard in the catacombs fighting the darkness.

After all these years I only tangentially paid attention to Ms. Le Guin and loved it every time she came up in the news speaking out about writers, writing, and the craft itself. I only recently began diving into her science fiction, which I regret immensely. But even now, looking back on the breadth of her work and impact, I can only be incredibly grateful for her influence in the realm of American Literature and genre fiction at large.

This is a meager tribute to a true master of the craft, but its one that I hope she would appreciate all the same.

Also if you have not had a chance to read some of her writing at all, this short story The Ones Who Walked Away From Omelas is fantastic. It is around five pages single-spaced, so you can read it during lunch pretty easily. It’s often quoted as Le Guin at her best and I have to agree. You get everything from this piece, her style, her themes, and her story-telling magic.

Otherwise, all I can say is farewell to Le Guin and may her soul find its way back to Earthsea. 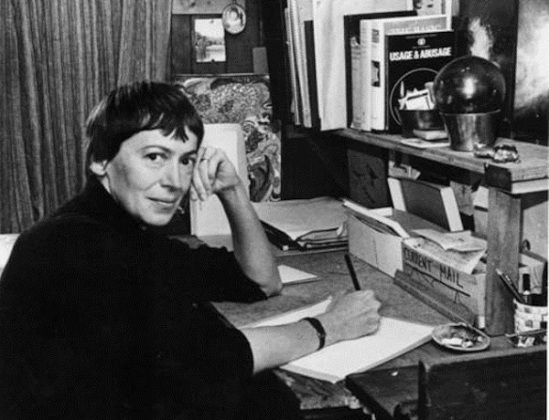